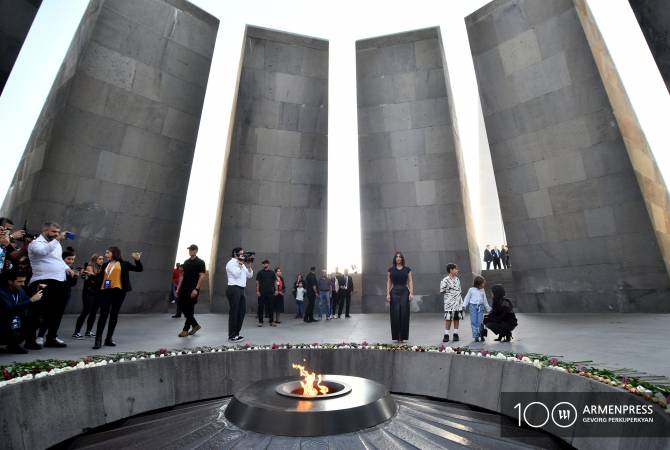 Kourtney Kardashian also took her two kids with her to the Genocide Memorial.

Director of the Armenian-Genocide Museum Institute Harutyun Marutyan accompanied the Kardashian sisters and introduced them on the history of the greatest crime of the 20th century and the construction of the Memorial. Kim Kardashian West arrived in Armenia together with sister Kourtney Kardashian and children on October 7.

Kim Kardashian West participated in the 23rd World Congress on Information Technology (WCIT 2019) as a special keynote speaker and panelist.