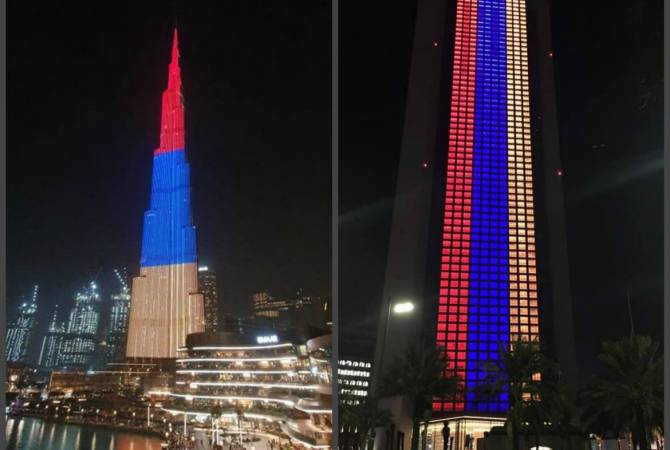 
YEREVAN, SEPTEMBER 23, ARMENPRESS. Ambassador of the UAE to Armenia  Mohamed Al Zaabi congratulated the authorities of Armenia on the occasion of the Independence Day. On September 21 he attended the festive events in Gyumri.

The Ambassador assesses the lighting of the highest building of the world, the skyscraper of Burj Khalifa and Abu Dhabi National Oil Company in the colors of the Armenian flag a good example of friendship between the two countries.

“For the first time Burj Khalifa has been lighted in the tricolor as a sign of congratulation. Armenia is an ancient and independent country. I congratulate on the occasion of the 28th anniversary of independence and my congratulation is addressed not only to the authorities, but also the Armenian people”, the Ambassador told ARMENPRESS.