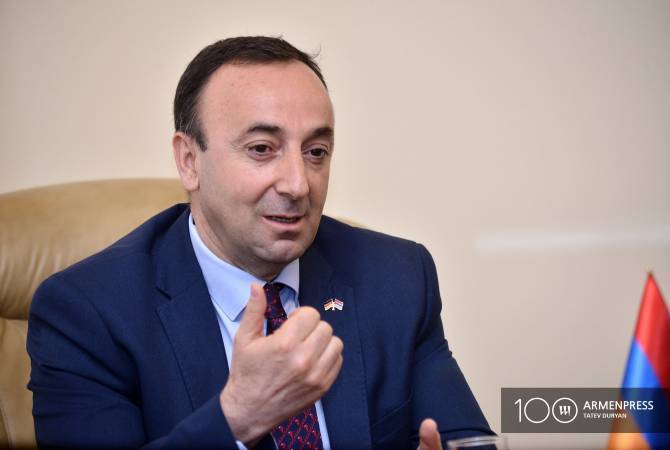 
YEREVAN, SEPTEMBER 19, ARMENPRESS. The ruling My Step faction of the Armenian Parliament has submitted the draft decision to apply to the Constitutional Court to suspend the powers of President (member) of the Court Hrayr Tovmasyan.

MP Suren Grigoryan has been appointed as the main reporter on the current matter.

The My Step faction asks to put the draft into circulation in the prescribed manner.

The draft states that there are grounds of impossibility of Hrayr Tovmasyan’s participation to the proceedings of 2nd President of Armenia Robert Kocharyan’s appeal.

In his turn Speaker of Parliament Ararat Mirzoyan informed on Facebook that he has submitted the aforementioned draft decision to the parliamentary standing committee on state-legal affairs for conclusion.