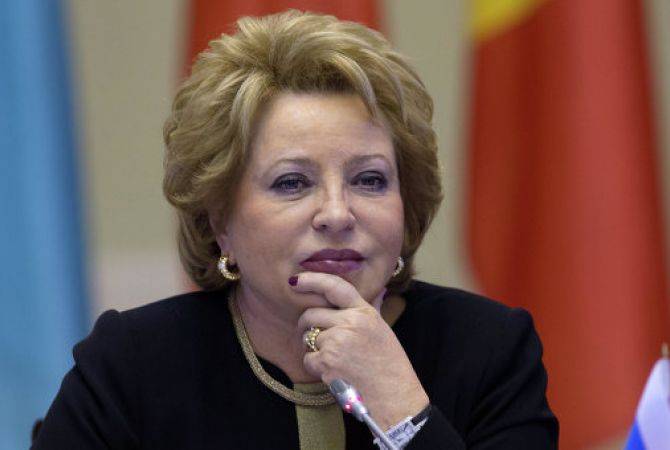 
YEREVAN, SEPTEMBER 19, ARMENPRESS. The member states of the Eurasian Economic Union (EAEU) have felt the positive impact of the integration, Speaker of the Russian Federation Council (lower house) Valentina Matviyenko said in her address to the participants of the international conference titled “Five Years of the Eurasian Economic Union Treaty: The Role of the Court”, reports RIA Novosti.

“Today we can record that during the past years the Eurasian Economic Union has been developed as an international integration union. All member states of the EAEU have felt the positive effect of integration, their partnership has been expanded in the financial-banking sector, transportation, industry and medicine”, Matviyenko said in her address.

The conference is being held in Minsk from September 19 to 20 and is attended by more than 200 participants.

The member states of the Union are Armenia, Belarus, Russia, Kazakhstan and Kyrgyzstan.