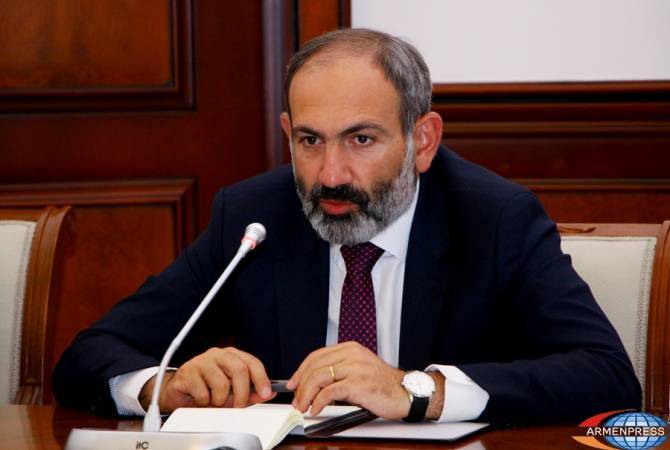 
YEREVAN, AUGUST 19, ARMENPRESS. In case of the exploitation of Amulsar mine, it will raise the environmental standards of Armenia to an unprecedented level, ARMENPRESS reports PM Pashinyan announced during a Facebook live broadcast.

''In case Amulsar is exploited by the existing conditions, it will be exploited under unprecedented environmental standards for the Republic of Armenia. We bring to an unprecedented high environmental standard that have never been applied in the Republic of Armenia before. When Amulsar mine is exploited under such environmental standards, it will become obvious for us that the exploitation quality of other metallurgy mines is low. So now the Government has to go to the low-level mines and tell them that they should raise their levels to the new standard. This is a political obligation. Now the companies that are in low levels have to spend 10s of millions USD to raise their level and the Government has the levers to force those companies to do so'', the PM said.

Nikol Pashinyan said that given this fact a number of well-known companies have started to support the process against Amulsar project aimed at saving 10s of millions USD that they will have to spend for raising the mining standards in Armenia.

Still in 2014, when the Republican Party was in power, Lydian Armenia was granted with the permission to exploit Amulsar mine. The company started the construction of mine facilities and by 2018 it had completed nearly 80% of the works. Following the revolution of 2018, Amulsar issue was in the center of attention of the new Government and based on the concerns raised by environmentalists and experts a criminal case was initiated in July 2018a against an official who concealing important information about ecological risks. ELARD company together with TRC company carried out the research in the sidelines of the criminal case, for which the Government of Armenia paid nearly 400 thousand USD.

According to the research, the exploitation of the mine will pose no serious risks to environment.