6 detained during anti-Amulsar mine demonstration in Yerevan 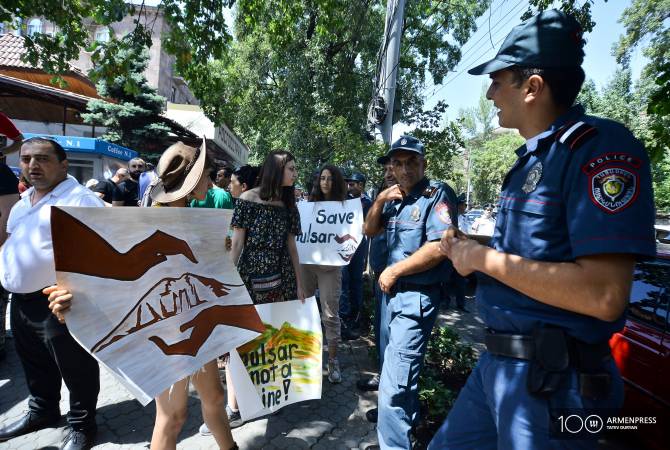 
YEREVAN, AUGUST 19, ARMENPRESS. Six people have been detained during the demonstrations against a potential operation of the Amulsar gold mine today in Yerevan, police said.

Police said the 6 demonstrators have been detained for failure to obey a police officer.

The demonstration began before the meeting which took place between PM Nikol Pashinyan and concerned parties regarding the potential operations of the gold mine. Environmentalists from Jermuk also arrived in Yerevan by a motorcade to protest.