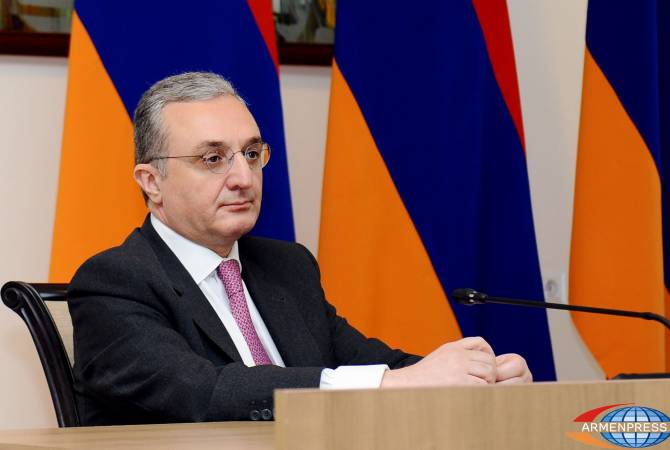 
YEREVAN, JULY 31, ARMENPRESS. Armenia is interested in maintaining stability and reducing tension in the region, Foreign Minister Zohrab Mnatsakanyan said in an interview to German Marshall Fund Senior Fellow Jonathan Katz, commenting on the question relating to the peaceful settlement process of the Nagorno Karabakh conflict.

“There is a very good example of cooperation of Russia, the United States, and a European country, France, working together as co-chairs of the OSCE Minsk Group. Countries that may not necessarily agree on many issues on the international agenda, but in this particular case it’s a very well-coordinated, very strongly consolidated form of co-operation that works very well for the specific purpose they are set, which is the peaceful resolution of the Nagorno Karabakh conflict. If we elaborate further on the role of Armenia, we are interested in further stability and reducing tension. Armenia can contribute to stability in the region. When you have an island of stability, like Armenia, it works well for everyone. We’re willing to be contributors to stability. We can be contributors by way of denying confrontation, by way of absorbing the areas in which the interests can be combined for the sake of stability. We can be contributors to that”, the minister said.

The FM noted that Armenia has been genuine in demonstrating a capacity to address difficult challenges. That it is possible to build relations with major partners—Russia, the EU and the United States —while also having in mind, especially now, the turbulent time and the challenges that have obviously arisen, and still insisting on the capacity to build relations with one partner never at the expense of another.