Armenia showed to the world what real democracy is, says US Congressman | ARMENPRESS Armenian News Agency

Armenia showed to the world what real democracy is, says US Congressman 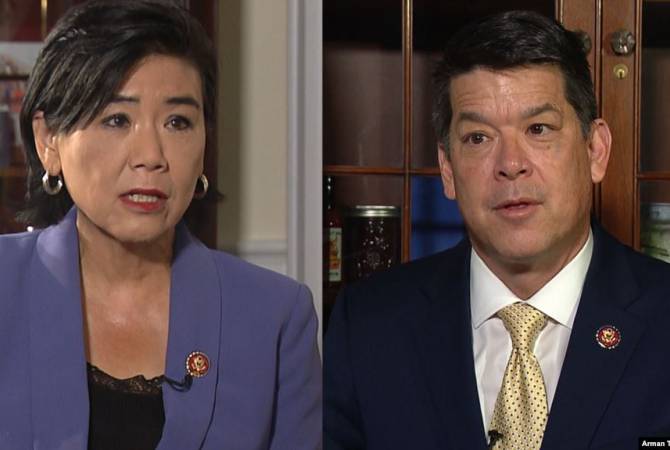 
WASHINGTON, JULY 18, ARMENPRESS. The Armenian-American relations have a huge potential for development, US Congressman TJ Cox told Voice of America.

According to the Congressman, the Velvet revolution has opened new development prospects for Armenia. “Armenia showed to the whole world what is a real democracy”, he said.

TJ Cox knows Armenia since the early years when he was initiating the construction of houses for people who were left without shelters due to the 1988 earthquake in Armenia. The Congressman says the warmth received during that days from Armenians is still in his heart. He notes that today’s Armenia is completely different country with much broader prospects. “The peaceful transfer of power in Armenia was really impressive, it was the people’s voice which  was heard and led to the peaceful power transfer, and today we consider the cooperation with that government an honor”, he said.

Congresswoman Judy Chu also sees new cooperation prospects with Armenia that has chosen the path to democracy. “I am really proud for Armenia because this country managed to reach great change through a democratic process and peaceful means, proving that democracy works. I am convinced that we should continue our support to Armenia”, she said.

According to her, another issue in the Armenian-American relations’ agenda is the recognition of the Armenian Genocide by the US.