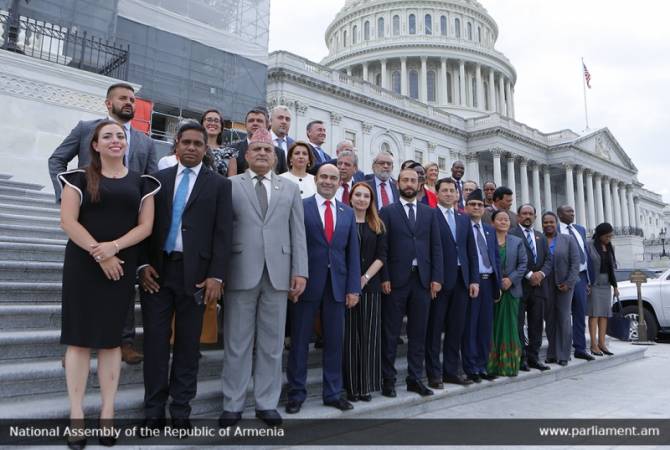 During the Forum the Armenian Speaker of Parliament delivered remarks on the topic “The role of legislative bodies: the importance of independence of legislative bodies in the context of preventing the danger of dictatorship”. In his remarks the Speaker introduced the 2018 Velvet revolution of Armenia and the reforms in the Parliament’s agenda.

During that day the Armenian delegation members had active contacts with the US lawmakers, as well as their colleagues of nearly two dozen states.