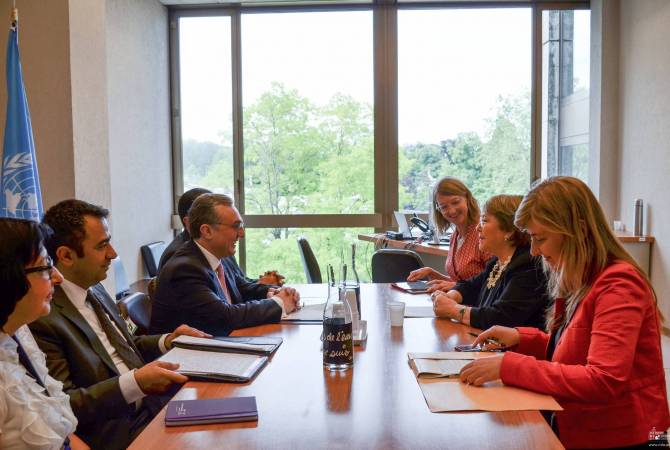 During their talk the sides praised the closed cooperation between Armenia and the OHCHR and outlined the future actions aimed at further expanding it. The sides stated that human rights are universal and the cooperation on the protection of these rights should be universal as well.

Introducing the ongoing reforms in Armenia and the existing achievements, the foreign minister highlighted the reforms of the judiciary as a priority of the government aimed at raising the level of public trust towards the judicial system. The Armenian FM highly valued the coordination of support of international and regional partners in this process.

The sides attached importance to the international community’s ongoing actions aimed at promoting the agenda of preventing genocides and crimes against humanity. FM Mnatsakanyan said it’s over 20 years the prevention agenda is considered one of Armenia’s foreign policy priority and reaffirmed Armenia’s commitment on this matter.

Touching upon the issues of protection of women’s rights, the minister informed that the Armenian government has already approved the first National Action Plan (NAP) on UN Security Council resolution (UNSCR) 1325 on Women, Peace and Security.