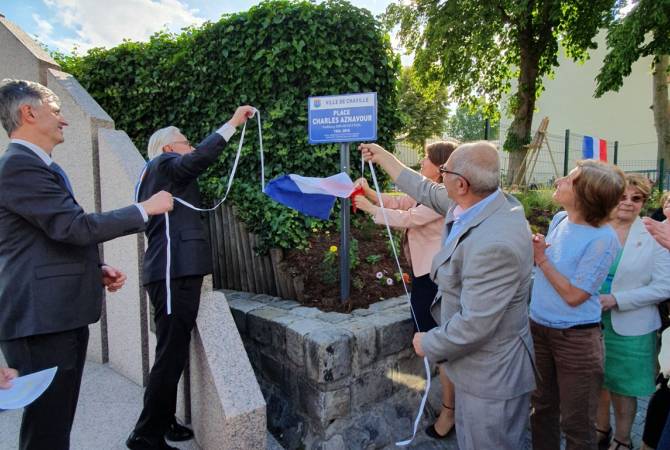 
YEREVAN, JUNE 24, ARMENPRESS. Charles Aznavour square was inaugurated at French city of Chaville on June 21, attended by Ambassador of Armenia to France Hasmik Tolmajyan, Chaville Mayor Jean-Jacques Guillet and MP Jacques Maire. The city choir of Chaville performed a number of songs of Aznavour during the event. The national anthems of Armenia and France were performed as well.

As ARMENPRESS was informed from the press service of the MFA Armenia, Ambassador Tolmajyan thanked the municipal authorities of Chaville for the initiative eternalizing the memory of great Armenian and Frenchmen, which is also a sign of Armenian-French friendship. She emphasized the great role that Aznavour, who described himself as Armenian by 100% and French by 100%, had in the relations between the two peoples and countries.

Chaville is located nearby Paris and has a population of 20 thousand.  St. Gregory the Illuminator Armenian Church operates in the city.