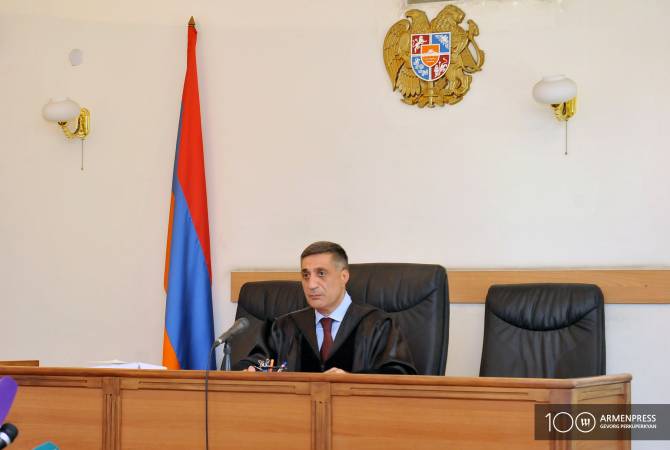 
YEREVAN, JUNE 20, ARMENPRESS. The Court of Appeal of Armenia will publish the final decision over the complaint of the lawyers of Robert Kocharyan and others on June 25. ARMENPRESS reports judge Armen Danielyan made the decision when Kocharyan lawyer Hovhannes Khudoyan said that they see some legal issues over the case and asked to suspend the examination of the case and send it to the Constitutional Court.

The other lawyers of Robert Kocharyan, the lawyers of Yuri Khachaturov and Seyran Ohanyan also joined the motion.

Without listening to the objections of the lawyers of Kocharyan, Armen Danielyan decided to go to the consultation room to make verdicts, given the fact that “the behavior of the defense side is aimed at delaying the trial without grounded reasons”.

Kocharyan and several other former officials are currently under criminal investigation over this case.