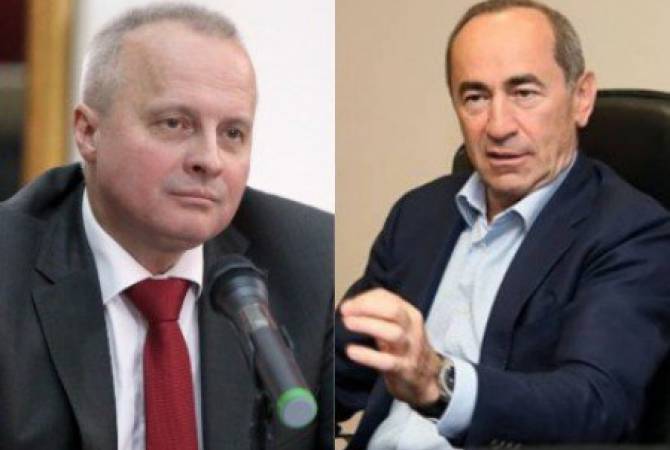 
YEREVAN, JUNE 14, ARMENPRESS. Russian Ambassador to Armenia Sergei Kopyrkin met with 2nd President of Armenia Robert Kocharyan within the framework of his regular meetings with public-political and business circle representatives, the Russian Embassy said in a statement.

Earlier Viktor Soghomonyan, head of the Office of the 2nd President of Armenia, stated that on June 13 the Russian Ambassador to Armenia met with 2nd President Robert Kocharyan. He stated that the meeting took place at the former President’s Office and lasted more than an hour.