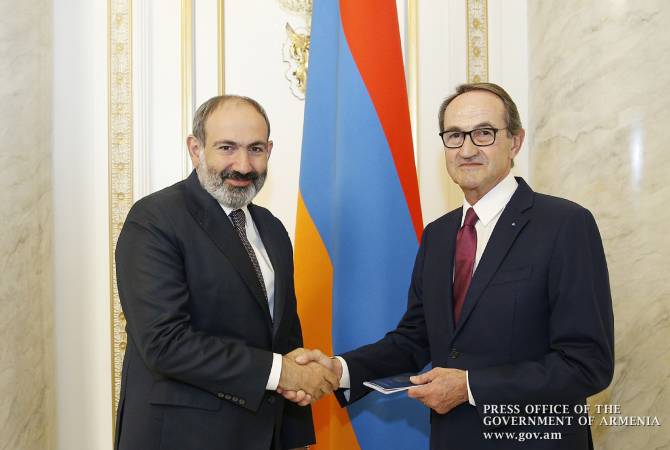 Welcoming the guest PM Pashinyan said Mr. Rouquet visited Armenia and Artsakh for over 30 times since 1989. “But this visit is special for you. Today you receive a passport of the citizen of the Republic of Armenia and from now on you are not only our unconditional friend, but also fellow citizen”, the PM said and handed the Armenian passport to René Rouquet. Pashinyan congratulated Rouquet and thanked for his pro-Armenian activities.

In his turn René Rouquet thanked the PM for high appreciation and stated: “It’s a great honor to receive an Armenian passport from your hand. I have started my parliamentary activity at the age of 35 and has been an unconditional advocate of the Armenian Cause because I have always communicated with Armenians in Alfortville and consider the Armenian people as a relative and friend”. He assured that he will continue his pro-Armenian activities in the future and will contribute to raising and solving the issues of the Armenian people.

Pashinyan noted that Armenia highly appreciates Mr. Rouquet’s activities and this passport is the reflection of this appreciation.

At the meeting the sides also exchanged views on the further development of the Armenian-French brotherly ties.