Armenian Speaker of Parliament and his delegation visit Uppsala, Sweden 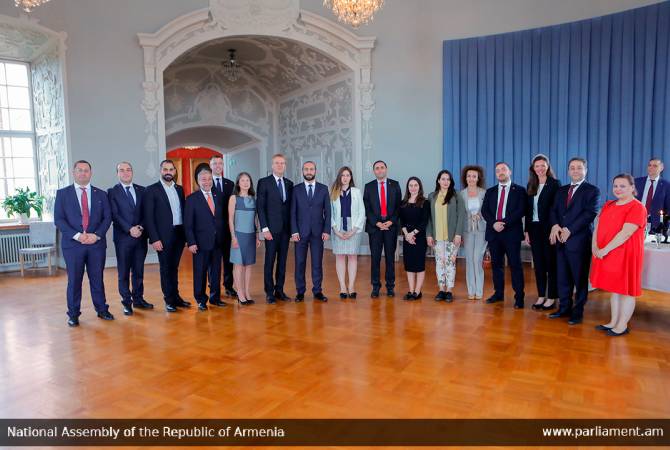 The delegation members also visited the Uppsala Cathedral, got acquainted with its history. Thereafter, they departed for the Uppsala Castle where they met with Governor Göran Enander and his spouse.

A warm meeting with the Armenian community representatives was held in the Castle during which Speaker of Parliament Ararat Mirzoyan answered numerous questions of the meeting participants.