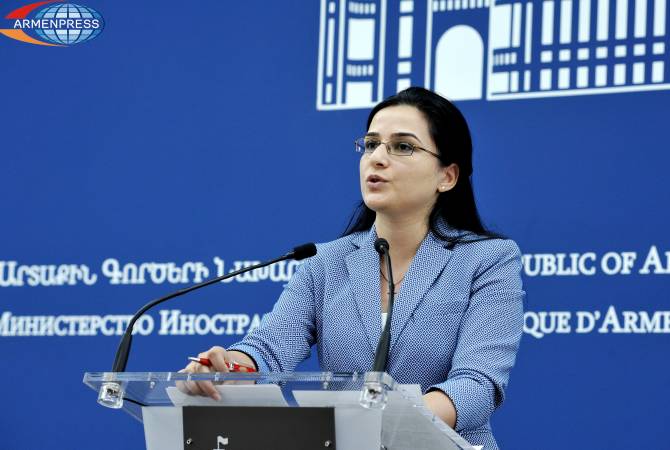 
YEREVAN, MAY 25, ARMENPRESS. Azerbaijan irreversibly missed the opportunity to bring into life its commitment to separate sports from politics, ARMENPRESS reports spokesperson of the Foreign Ministry of Armenia Anna Naghdalyan told CNN, referring to the issue that because of insufficient guarantees Henrikh Mkhitaryan will not participate in Europa League final in Baku on May 29.

“The tolerance towards racist manifestations against Armenians in the Azerbaijani public and media and the obvious security risks made it impossible for “Arsenal” midfielder Henrikh Mkhitaryan to leave for Baku with his team.

Europa League final could become a good opportunity for Azerbaijan to bring into life the commitment it has assumed, which is separating sports from politics, as well as demonstrate its ability to demonstrate tolerance and non-discriminatory treatment.  This opportunity has been irreversibly lost”, Naghdalyan said.