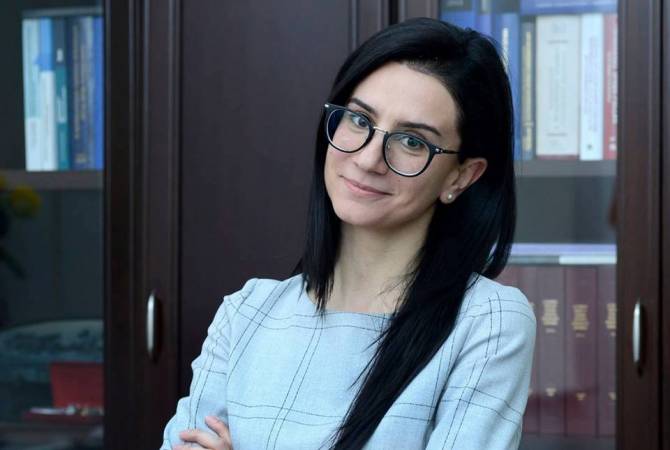 
YEREVAN, MAY 24, ARMENPRESS. Deputy justice minister of Armenia Anna Vardapetyan introduced the set of tools of the transitional justice during today’s hearings in the Parliament.

The parliamentary hearings on the Prospects of the Use of Transitional Justice Tools in Armenia have been convened on May 24 at the initiative of Speaker of Parliament Ararat Mirzoyan.

She added that the state is free to choose which procedure and tool it is going to use for solving the major issues in the country.

“If the state wishes to use the mechanisms of the transitional justice, it doesn’t mean that the state is limited and is obliged to use all the tools. Every state chooses itself which set of tools it needs to fill the institutional gap it has”, Anna Vardapetyan said.

The topic of the transitional justice has become a subject of heated discussions among the public, political and professional circles in Armenia since May 2018.

Speaker Mirzoyan has repeatedly stated that taking into account the expectations and great interest within the public, as well as the sensitivity of the issue, broad public discussions will launch after the preliminary examination of the topic on the assessment of the necessity of the transitional justice in Armenia, the prospects of applying its tools and its possible forms.