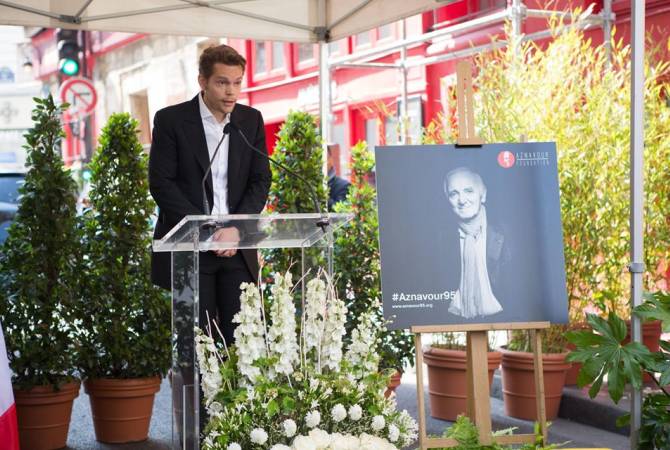 Mayor of Paris Anne Hidalgo said on Facebook that this is their tribute to the memory of the genius poet.

“Paris, that has seen the great talent of Charles Aznavour, pays homage to his memory. He is the little child of our city that loves everyone who comes from abroad and brings with him to exchange values, generosity and simplicity. This is a tribute which we launched with the unveiling of this memorial plaque and will continue today in the evening with a concert outside the City Hall”, the Paris Mayor said.

The concert will begin at 5pm Paris time, and will be dedicated to the birthday of Charles Aznavour. The concert will feature André Manoukian, Joana Mendil, Essaï Altounian, Eric Berchot and other musicians.

May 22, 2019 marks the 95th anniversary of the co-founder of Aznavour Foundation, legendary artist Charles Aznavour.

In the eve of the great artist’s birthday, different events are being organized around the world throughout the year. Among them are exhibitions, concerts, opening of monuments, naming of public places and institutions.