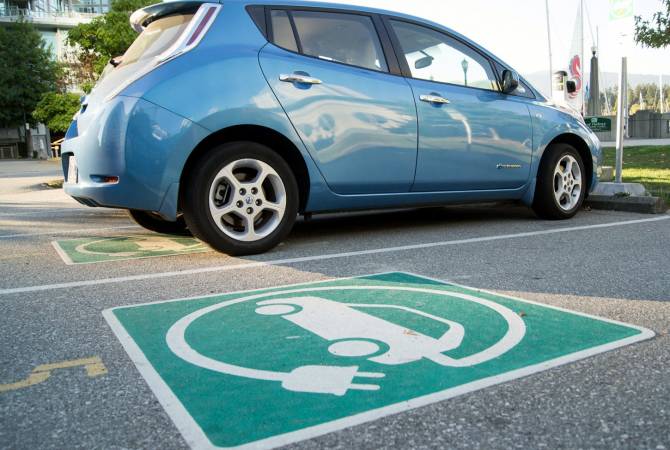 
YEREVAN, MAY 21, ARMENPRESS. Two weeks after Minister For Nature Protection Erik Grigoryan told lawmakers that Armenia will become the first country in the world to switch the government fleet to electric cars, he opened up about the plans in an interview about the program.

The project will be implemented by grant funds, with the Global Environment Fund providing 700,000 Euros. “Under this specific program we are planning 12 cars, depending on the number of ministers, however by another project we might have supplementation, which will touch upon the Prime Minister and the Deputy Prime Minister. For example, the President has also expressed interest. These won’t be luxury cars, they will be budget, convenient for travel cars,” Grigoryan said in the interview.

In addition, in order to promote electric vehicles, there is already a bill on exempting the cars from import taxes, which is already in parliament and will come into force July 1 if adopted.

The interview mentions that the project is the logical continuation of the bill, when officials will show with heir personal example the care for nature and environmental issues.

“We will have numerous benefits”, Grigoryan says. “We, for example, don’t have our own fuel, but we produce electricity, and this means that we have the chance to reduce energy dependence from imported petroleum. Naturally, the primary benefit is the reduction of air pollution. This is a very good chance for the scientific and technological potential regarding electric vehicles to develop in the country.”

The minister is sure that the infrastructure issue will be solved simultaneously with the growth in numbers of the vehicles. He said all prerequisites for it exist, from grant programs to business interest.

“As a business type this is very promising. Also, take into account that everyone can install the charger in their homes, connect it to an ordinary switch and charge it, the cost can greatly be reduced”.

According to statistics, the number of electric cars in Armenia is currently low.

In 2018, only 33 electric cars were imported to the country. The number is expected to at least double in 2019.

According to data provided by police, only 15 of the vehicles are on the streets of Armenia, the others apparently still awaiting their future owners.