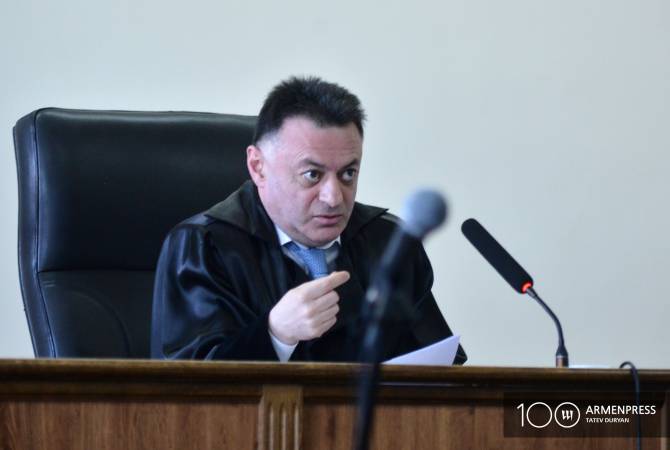 
YEREVAN, MAY 21, ARMENPRESS. The prosecutors will submit a motion demanding recusal of the judge in Kocharyan’s case, Davit Grigoryan, who earlier made the decision to change the preventive measure of Robert Kocharyan, releasing him from jail, Arevik Khachatryan, Head of Public Relations Department of the Prosecutor General's Office told ARMENPRESS.

“In addition I want to note that the decision on changing the detention will be appealed. The complaint is being prepared”, she said.

Kocharyan was released on May 18, after staying in jail since December. The judge took into consideration for the decision the personal guarantees of the present and former Presidents of Artsakh. Kocharyan is accused of overthrowing constitutional order and taking bribes.