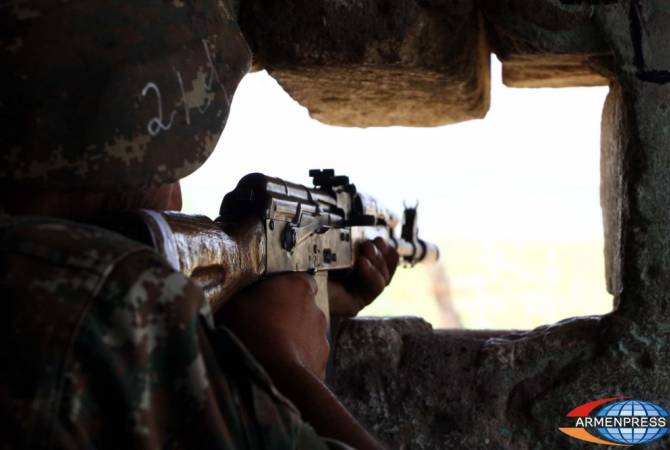 
YEREVAN, MAY 20, ARMENPRESS. The Board of Americans for Artsakh calls on the international community and the OSCE Minsk Group Co-Chairs to strongly condemn Azerbaijan’s ceasefire violations in the line of contact.

“May 12, 2019, marked the 25th anniversary of the ceasefire agreement signed by the Nagorno-Karabakh Republic (Artsakh), Armenia and Azerbaijan, which laid the historic foundation for peace talks. Noting the importance of this agreement on the cessation of fire and hostilities, Artsakh's Foreign Minister Masis Mayilian, has recently stressed that the “termless trilateral agreement of May 12, 1994 is, in fact, the only tangible achievement in the entire process of the conflict settlement.”

Americans for Artsakh (AFA) is proud that the ceasefire continues to be maintained also by diplomatic means, which involves the U.S. co-chairmanship in the Minsk process peaceful negotiation process.

Azerbaijan’s recent violations of the ceasefire agreement threaten to curtail the recent openness and increased communications between Armenian and Azerbaijani officials, and completely halts the positive momentum toward re-launching the peace process.

In another ceasefire violation by Azerbaijan’s military forces, Aganik Zoroglyan, a 21-year-old soldier in Artsakh’s defense force, was seriously injured on May 4, 2019, when he was shot in the head by an Azerbaijani sniper while on duty at the Line of Contact. Zoroglyan was immediately evacuated by air to Yerevan’s military hospital where he remains in critical condition.

In the past, weak admonishments without real consequences have served only as permission to engage in further aggression.

Americans for Artsakh demands that the government of Azerbaijan follow the principles of the historic ceasefire agreement. We call on Azerbaijan to cease hostilities and commit to a peaceful resolution of the conflict”.