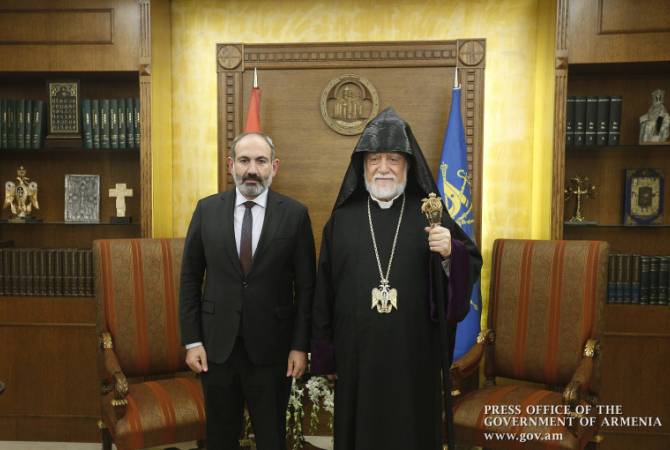 
YEREVAN, MAY 20, ARMENPRESS. Prime Minister Nikol Pashinyan has held a telephone conversation with Catholicos of the Great House of Cilicia Aram I.

“I presented to him the ongoing processes in Armenia, noting that processes aimed at strengthening the people, meaning the constitutional power, namely having an independent and unbiased court system, the essence and content of which I will talk about shortly in my planned speech,” Pashinyan wrote on Facebook shortly before noon May 20th.

On May 19th, the PM called on his supporters to stage protests outside Armenian courts, blocking the entrances and not allowing anyone to enter or leave. The call came one day after former President Robert Kocharyan was freed from custody, sparking minor protests.