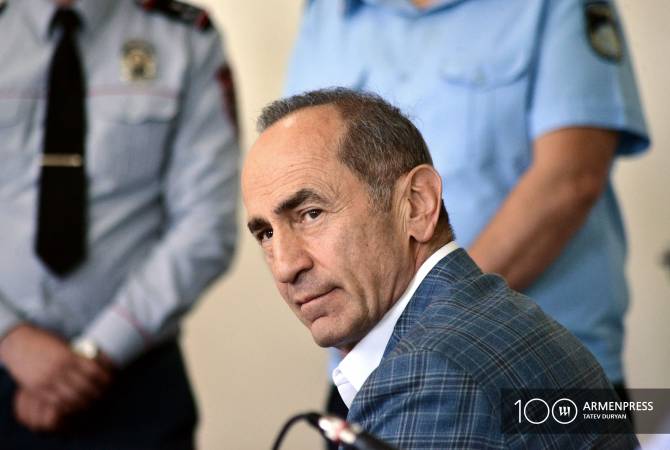 
YEREVAN, MAY 16, ARMENPRESS. The trial of former President of Armenia Robert Kocharyan and other ex-officials in the March 1 case takes place behind closed doors, during which confidential information will be published.

The c correspondent of ARMENPRESS reports that the defendant suggested that the trial should be behind closed doors. During the short break the reporters were asked to leave the courtroom and the closed-door session kicked off.

Prosecutor General of Armenia Artur Davtyan is also present at the court session.

Sahakyan and Ghukasyan left the court.