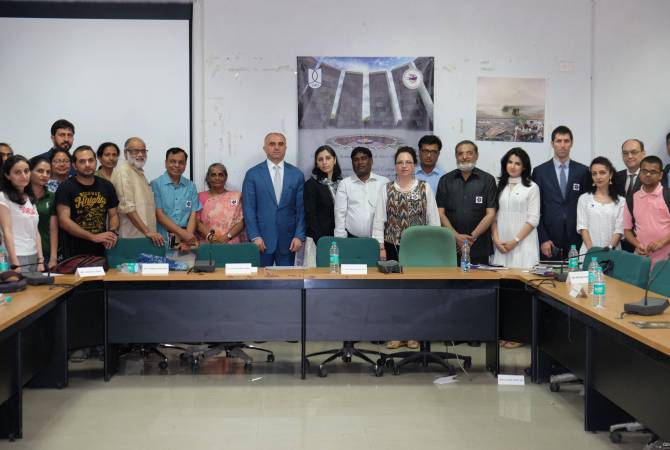 The conference was attended by the teaching staff and students of the university, the representatives of Indian intelligentsia, Armenian community and the Armenian Embassy in India.

Armenian Ambassador to India Armen Martirosyan delivered remarks at the conference, introducing the historical and geopolitical aspects of the issue of the Armenian Genocide, as well as Armenia’s approaches on overcoming the consequences of the genocide.

A number of representatives of the university also delivered remarks.

A candlelight vigil was held at the end of the event dedicated to the memory of the innocent victims of the Armenian Genocide.