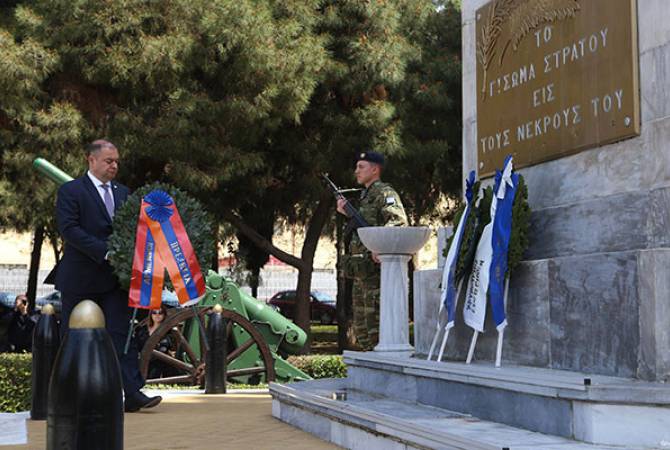 
YEREVAN, APRIL 25, ARMENPRESS. The Armenian community of Greece commemorated the 104th anniversary of the Armenian Genocide with a protest march in the center of Athens, Armenpress reports citing Greek Reporter.

The march participants gathered in front of the Turkish Embassy where they presented a petition calling on to recognize the genocide of Armenians committed by the Ottoman Empire in 1915.

The representatives of SYRIZA, New Democracy, Independent Greeks and the Movement for Change (KINAL) youth parties expressed their support to the march participants.