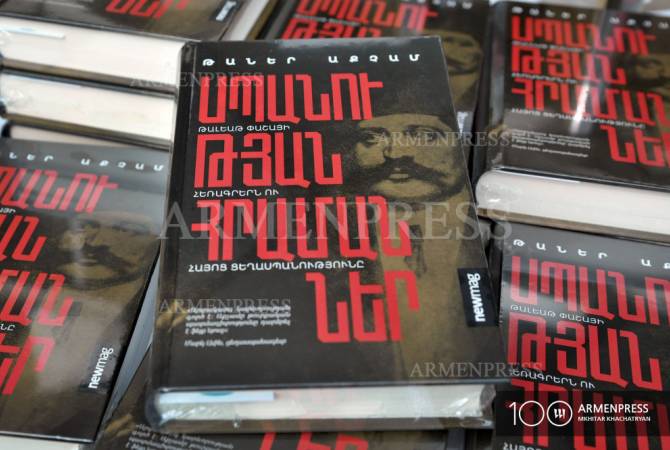 
YEREVAN, APRIL 22, ARMENPRESS. The Armenian translation of the book authored by Turkish historian, expert in genocide studies Taner Akçam “Killing Orders: Talat Pasha’s Telegrams and the Armenian Genocide” has been published. The book presents unique telegrams that refute the main thesis of Turkish denialism.  They prove that there have been orders for killings given by Talat Pasha. The author assures that the study and publication of the documents are the greatest blow to the Turkish denialism.

ARMENPRESS reports the book was presented on April 22 at the AGBU. The book is published by Newmag printing house.

“In the scientific circles the thesis that Talat Pasha’s telegrams are mainly unconfirmed documents prevailed and many did not even initiate to check again the history and find out the truth through the telegrams. Taner Akçam set to that work and did it”, translator of the book Andranik Israelyan said, adding that he admired the professional skills of the writer. “Akçam examined even the sorts of paper used then, the types of coding. He checked if the people mentioned in the telegram really existed or no”, the translator said.

Editor of the book Armen Sargsyan said that the book emphasizes that the Armenian Genocide started to be denied from the first seconds of the implementation.

“Why I decided to write this book? Everything is very simple. In 2015 I was allowed to see the private archive of Krikor Gergerian. I found there documents that I decided should be immediately published. The most difficult part here was encrypting the Ottoman coding and classified telegrams”, Taner Akçam said in a video message adding that it took a lot of time to understand the logic of the coding.

The main thesis of denying the Armenian Genocide by Turkey is that there has been no order except the order for deportation, therefore, Armenians died, but were not killed. Meanwhile, the then Minister of Interior of Turkey Talat Pasha was personally in charge for deporting and killing Armenians. He send telegrams to Turkish officials, including to Naim Bey working in Aleppo. Aram Andonian, an Armenian Genocide survivor who passed through  Deir el-Zor desser, get acquainted with Naim Bey. By bribing the Turkish official he obtains the historical documents, the telegrams of Talat, where he ordered to kill Armenians. Aram Andonian takes out from Syria over 70 documents to Paris and published a book there in 1921. Andonian gives all the documents to Nubar Library in Paris. Later the documents disappear from the library, but fortunately Armenian Catholic priest Krikor Gergerian had copied them and taken with him to the USA in 1950s. No one had examined that unique archive. In 2015 Taner Akçam gets into contact with Gergerian’s heirs and reaches those archives.