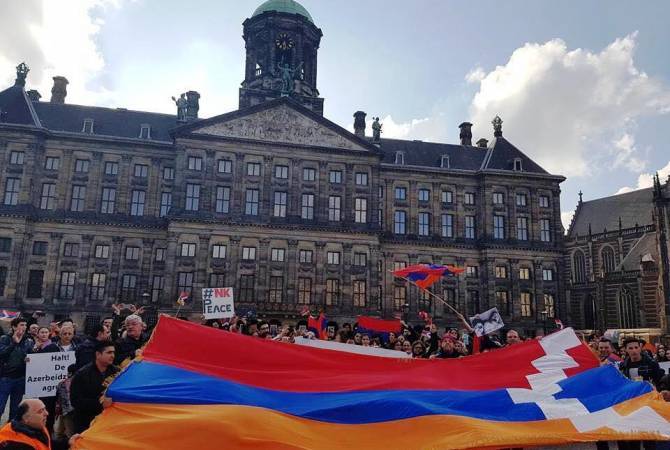 
YEREVAN, APRIL 20, ARMENPRESS. Events in commemoration of the Armenian Genocide victims will be held in Netherlands on the initiative of the Federation of Armenian Organizations of the Netherlands.

Armenpress reports that on April 23, at 12:00 local time, a protest action is planned in the Plein Square of the Hague, which aims to demand from the Government of the Netherlands to recognize and condemn the Armenian Genocide. A petition will be submitted to the government during the demonstration.

On April 24, a commemorative ceremony will be held at the e Boskamp Cemetery in Assen near the monument of the Armenian Genocide.