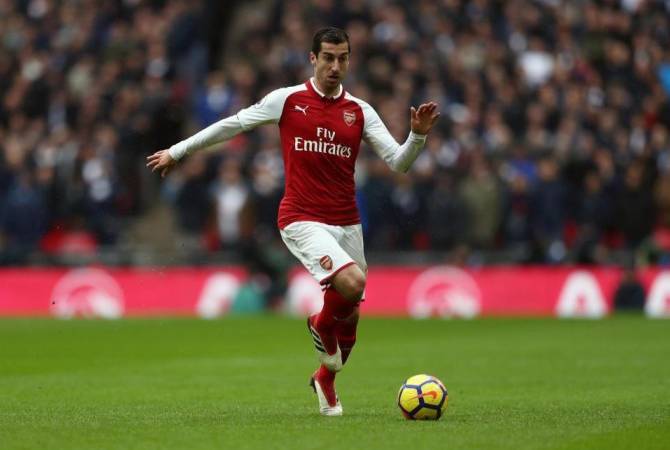 
YEREVAN, APRIL 16, ARMENPRESS. Henrikh Mkhitaryan and Arsenal will be given the full support of UEFA in order to secure a visa for the Armenia international to play in the Europa League final in Azerbaijan next month if the club reach the May 28 showpiece in Baku, ESPN reported citing sources familiar with the matter.

Mkhitaryan, captain of the Armenian national football team and midfielder of Arsenal, was omitted from the Gunners’ squad last year Qarabag F.C. last October, a match that took place in Baku.

Earlier in 2015 when Mkhitaryan was with Borussia Dortmund, the German club decided not to take the Armenian international to Baku for a match against Gabala due to "security reasons”, referring to the NK conflict.

Azerbaijan currently bans citizens of Armenia to enter its territory.

The Europa League final will take place in the Azerbaijani capital.

Arsenal face Napoli in Italy on Thursday to determine the further course of the championship.

“European football's governing body has insisted that all efforts will be made to ensure that the process runs smoothly”, ESPN said in an article.

A UEFA spokesperson told ESPN FC: "It is a standard procedure for UEFA to send letters of support to associations, clubs or embassies in order to obtain visas for players and allow them to play in UEFA competition matches."