Armenian delegate raises the issue of recognition of Genocide at PACE 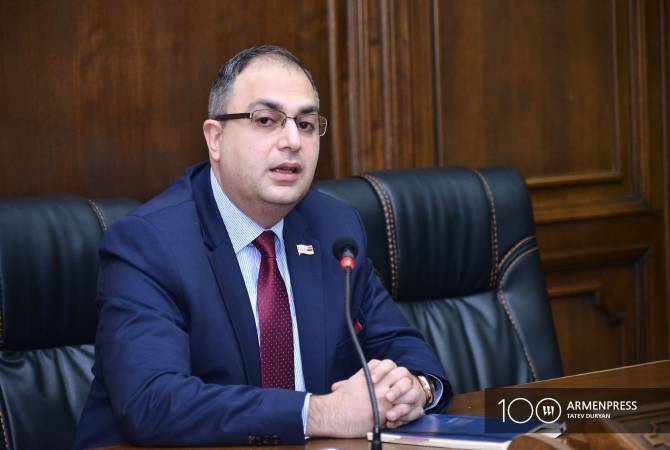 
YEREVAN, APRIL 16, ARMENPRESS. Vladimir Vardanyan, MP of the My Step faction, member of the Armenian delegation to the Parliamentary Assembly of the Council of Europe (PACE), has used this platform to raise the issue of adopting a respective set of tools for the recognition and condemnation of the Armenian Genocide, reports Armenpress.

“The agenda of the session included a serious section relating to hate speech. On the sidelines of this I have touched hate speech in my remarks. No genocide can be committed without hate speech. Moreover, a question was raised that 100 years have passed since the Armenian Genocide, we still face many Armenophobic cases in the member states of the Council of Europe. And from this perspective we will use this platform by demanding to adopt a respective set of tools in connection with the recognition and condemnation of the Armenian Genocide, and will try to reduce the possibility of implementation of any genocide in the future through our speeches and actions”, Vardanyan told reporters in Yerevan.

He stated that they have also touched upon other genocides, such as that of Rwanda, taking into account the fact that the prevention of crimes of genocide plays a major role in Armenia’s foreign policy.