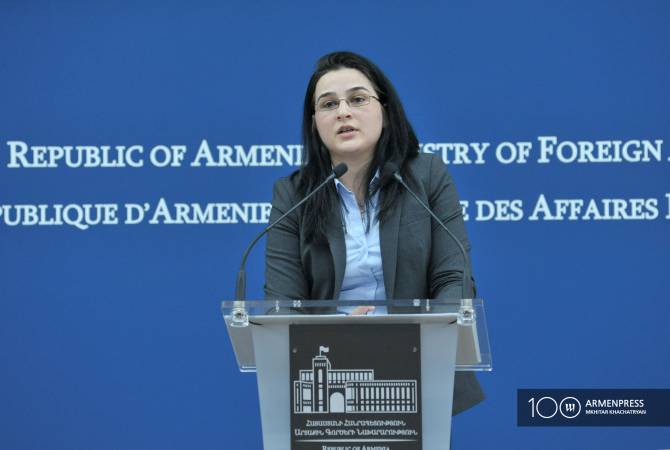 
YEREVAN, MARCH 20, ARMENPRESS. Discussions on appointment of the CSTO Secretary General continue, Armenian foreign ministry spokesperson Anna Naghdalyan told reporters during today’s briefing, assuring that decisions in the CSTO are being made based on consensus, reports Armenpress.

“The Prime Minister has already stated that no decision can be made on the CSTO Secretary General without Armenia. The entire CSTO activity is based on making consensus decisions acceptable for all sides. We have always emphasized the importance of the CSTO in Armenia’s security system. The discussions on the appointment of the Secretary General, as well as the discussions on what principle the legal gaps emerging in such situation should be filled, continue. I cannot say for sure when all this will be completed”, Anna Naghdalyan said.