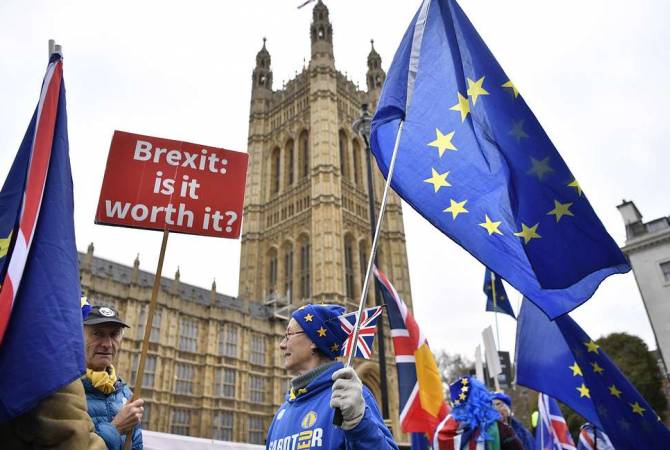 
YEREVAN, MARCH 15, ARMENPRESS. The UK parliament on March 14 supported the government’s proposal to request Brussels to reschedule its official withdrawal from the European Union, due on March 29, to a later date, TASS reported.

During the vote which took place in the House of Commons on Thursday, 412 members of parliament supported delaying Brexit, 202 were against.

Earlier in the day, the parliament rejected an attempt to secure another referendum on Brexit by 334 “no” votes to 85 “yes” votes.

Now the British government is to request a so-called technical delay until June 30, if the House of Commons manages to pass the draft Brexit deal until March 20.

The European Commission said the UK parliamentary vote alone was not enough to secure the delay, and the decision on postponement must now gain approval from all 27 EU member states. It cited Article 50 of the Lisbon Treaty, which envisages extending the two-year withdrawal period, but only if the initiative gets a unanimous approval of the European Council.