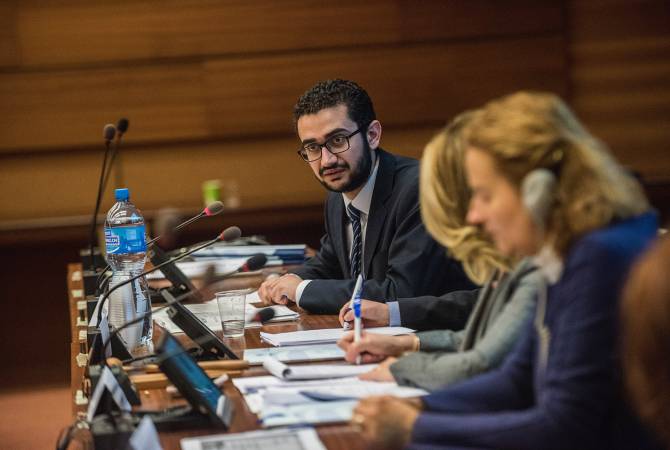 
United Nations High Commissioner for Refugees (UNHCR) Regional Bureau for Europe invited the first high level Conference of the Asylum Systems Quality Initiative in the Eastern Europe and South Caucuses (QIEE), held in Geneva, Switzerland. Government of Armenia have been actively engaged in QIEE since 2013. Over these years, the project led to substantial achievements in the quality of asylum procedures in Armenia, Georgia, Ukraine, Belarus, Azerbaijan and Moldova. UNHCR stands ready to continue to support the governments on working towards solutions to challenges in this sphere. During the conference, Armen Ghazaryan talked about the defense of the national security in the context of not violating the refugee defense system. Particularly, the head of the Migration Service highlighted that in this field it is of infrequent importance to apply not only the legal approach but also the political one.

“I want to highlight the characteristics of the national security and also mention that we continue the cooperation with the National Security Service trying to balance the national security and the defense of the refugees,” mentioned Armen Ghazaryan. The head of the Migration Service indicated that there are problems in this field, such as the refugee institute is used to avoid the punishment of the committed crime. “This institute is also used for the purposes of desertion and terrorism. The special territorial and political situation of the Republic of Armenia assumes serious challenges in this regard,” mentioned Armen Ghazaryan. During the conference it was suggested to create united information platform and an effective institute, which will balance the solutions to those problems. In his speech the head of the Migration Service of Armenia indicated that the Refugee Convention was adopted in 1951 and the time has come to make some reforms according to the modern challenges.

“We should aim not to let the defense of the refugees be exploited and transformed to the “trade for shelter”. We should refresh the Convention, so that it considers the current dangerous risks in the world,” concluded his speech Armen Ghazaryan. The conference was followed by a working lunch with participation of Volker Türk the Assistant High Commissioner for Protection.