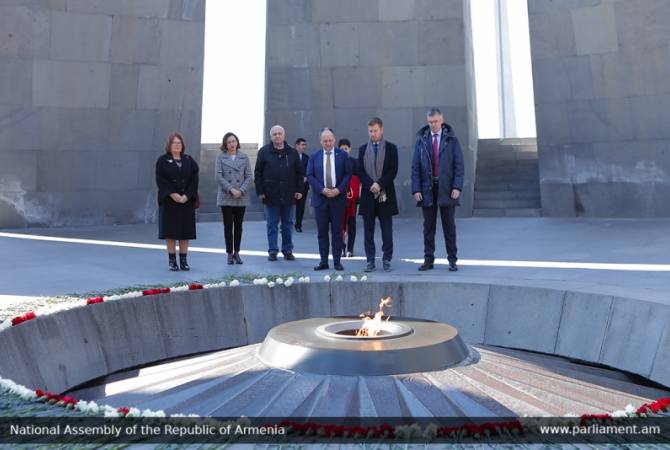 As ARMENPRESS was informed from the press service of the parliament of Armenia, Lotta Johnsson Fornarve laid a wreath at the monument eternalizing the memory of the Armenian Genocide victims and also put flowers at the Eternal fire, honoring the memory of the sacred victims with silence.

The guests also visited the Armenian Genocide Museum-Institute, got acquainted with documents proving the tragedy of the Armenian people and made a note in the commemorative book.