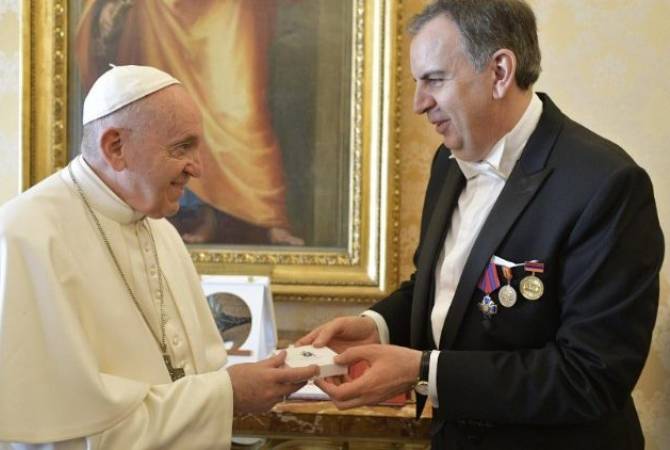 
YEREVAN, MARCH 9, ARMENPRESS. Pope Francis received newly appointed Ambassador of Armenia to the Holy See Karen Nazaryan on March 9, who delivered his credentials to the spiritual leader of the Catholic world, ARMENPRESS was informed from VaticanNews.

Nazaryan was appointed Ambassador of Armenia to Vatican on December 28, 2018.

From 2014-18 he was the Deputy Foreign Minister of Armenia.