Armenia ready to be transit country for Iranian gas, Pashinyan says in Tehran 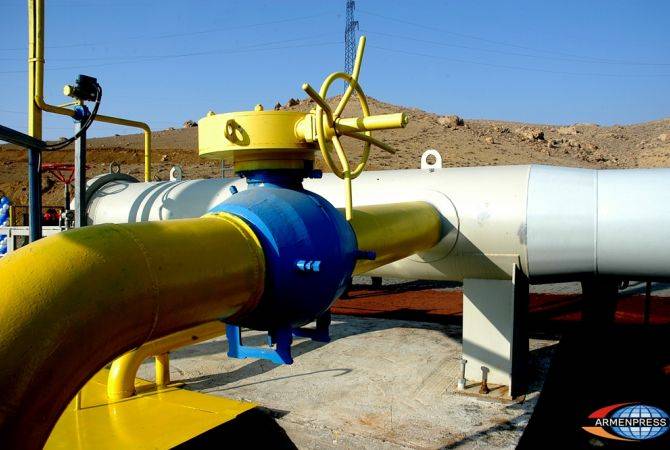 
YEREVAN, FEBRUARY 27, ARMENPRESS. As a country currently holding the presidency at the Eurasian Economic Union (EEU), it is important for Armenia that the EEU-Iran free trade deal is undergoing a ratification process in parliaments of the organization, Armenian PM Nikol Pashinyan told a news conference after negotiations with Iranian President Hassan Rouhani in Tehran, Iran.

Pashinyan also attached importance to cooperation of the two countries in the energy sector. “The President of Iran mentioned that there is readiness from the Iranian side to enhance the volumes of gas supplies to Armenia. Here, of course, it is important for us to be able to reach a common denominator regarding the price during future discussions and talks. This is a principally important issue in terms of the deal’s appeal. And we are hopeful that our representatives will conduct productive negotiations in this directions,” Pashinyan said.

The Armenian premier attached importance to a record noted during the negotiations whereby bilateral relations must be viewed in a broader context and projects that will have regional significance should be implemented.

“Armenia is ready to conduct transit cooperation with Iran and be a transit country for Iranian gas. The creation of energy corridors has also important significance both bilaterally and regionally, and in a broader sense. For the solution of these issues a political will exists, and we must hope that the process of bringing it into practice in the negotiations will be conducted successfully.

The discussions that we have now allow us to say that our visit is proceeding successfully and we mutually note that in our actions we should proceed with the logic of enhancing our friendly relations and their atmosphere,” the Armenian PM said.

He emphasized that the special nature of the relations between the two countries is also emphasized by the presence of an active Armenian community in Iran. PM Pashinyan expressed gratitude to the Iranian government to the attitude that they have towards Armenians of Iran.