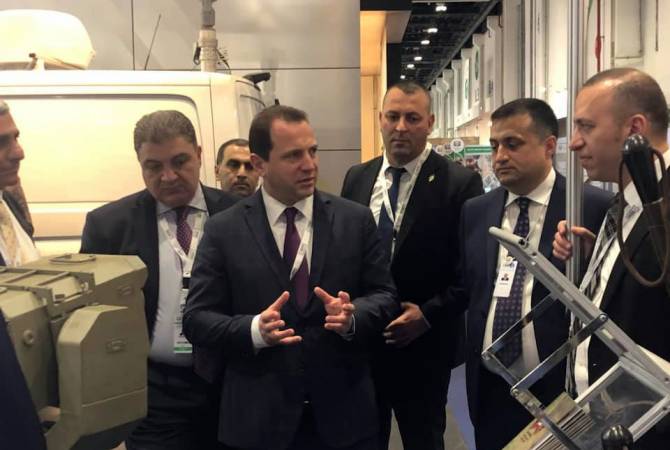 The minister also visited the Armenian pavilion where the country’s military production is presented, the ministry said in a news release.

Speaking about prospects for developing bilateral military cooperation, Tonoyan attached importance to the necessity for placing the cooperation on planned and contractual bases.

Tonoyan congratulated Apostolakis on assuming office and invited him to pay a visit to Armenia.

The Armenian and Greek defense chiefs discussed a broad range of issues concerning military cooperation. Highlighting the significant achievements in defense cooperation, the ministers expressed readiness to enhance it.

Tonoyan, accompanied by Secretary General of the Ministry of Foreign Affairs of Armenia Vahagn Melikyan, also visited the Armenian Embassy to the UAE in Abu Dhabi where they took part in a symbolic tree planting event. Tonoyan then visited the Abu Dhabi St. Martyrs Church, where the Ara Khanoyan National College is located.