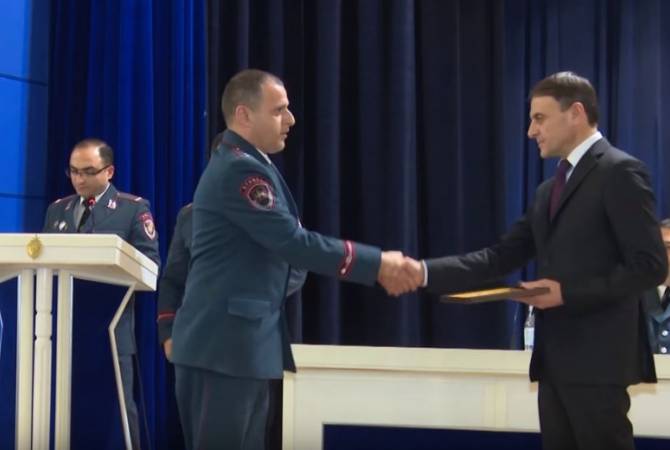 Sargsyan is an experienced officer, having been with the national police force since 2004.

Since 2014, the corporal is serving at Yerevan Police Department’s 5th Division of the Patrol Service Regiment.

Sargsyan’s commander Arthur Khudinyan speaks highly about the corporal. Khudinyan says the officer has uncovered 10 crimes in 2018 alone, including incidents concerning death threats, battery and robbery, as well as drug trafficking. He has detained 177 suspects in 2018.

Speaking about what it takes to be a good patrol officer, Sargsyan points out high vigilance and quick orientation.  He is in command of a detachment since 2016.

According to Sargsyan, a healthy morale atmosphere is a guarantee of effective service.