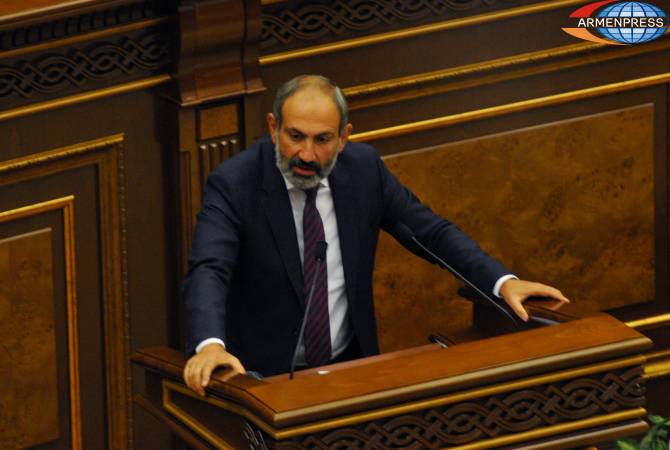 “As you know, when making governmental structural changes we focus not as much and not only on changes in physical structure, but functional changes and we believe that in the state administration system each institution must implement a single function, because if several institutions are implementing the same function and the same time, we can say for the record that these functions are factually not being done,” the PM told lawmakers today in parliament.

“Overall, one of the reasons for deciding that Armenia should not have a Diaspora Minister was this, because it was implementing functions that were already being done by other ministries. I am talking about educational, cultural, youth and organizational functions. And instead of this, important functions that must be implemented in terms of relations with the Diaspora, basically were not being implemented. And I would like to note the following, the government is inclined not to have a Diaspora Minister in the structure of the government. Instead, we will have a high commissioner for Diaspora affairs at the PM’s Office, who on behalf and at the direction of the PM will carry out the policy of relations with the Diaspora, and will also at the PM’s instruction coordinate the ministries’ work in the relations with the Diaspora, at the same time by ensuring rather high and duly level of the Armenia-Diaspora relations,” he said.

According to the PM, Armenia still doesn’t have a mapping of the Diaspora’s potential around the world. “Therefore, this entire system isn’t sufficiently organized, and if you have noticed the government’s action plan has a special focus on the creation of a pan-Armenian network”, he said.

Another important task, according to the PM, is the creation of a single institution or format representing the Diaspora.

“We must be able to develop and formulate a concrete address to record who we should speak to for speaking with the Diaspora. There are many issues in the government’s, political agenda, and when they say these issues must be discussed with the Diaspora – whom exactly? The Diaspora is huge and is very comprehensive. There are thousands of organizations and if it is physically possible to discuss with a part of them, it is impossible to discuss with the other part and everyone”.

“We therefore have the task to create a representational institution representing the entire Diaspora and we all understand that this will be an extremely big challenge and a serious issue, because you know that the Diaspora is multi-layered, it is very complex, there are multiple relations, contradictions”.