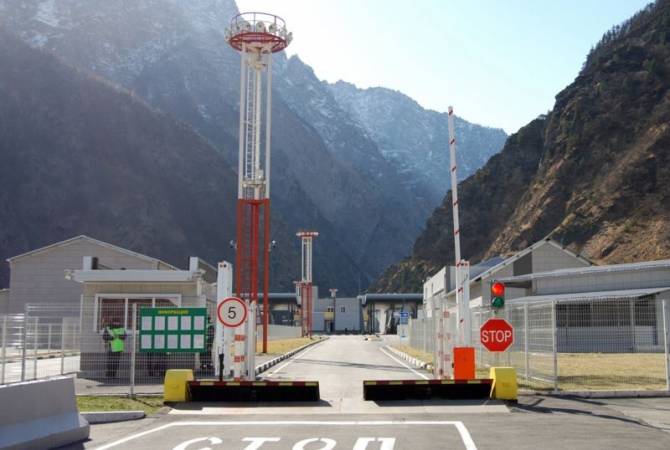 “We have been asked this question for many times, but we have tried not to comment and now as well we will not comment. I can only state that it is a very important project for Armenia. However, we avoid making any comment in order not to harm the negotiation processes, given that it is not an Armenia-Georgia or Armenia-Russia bilateral border, but a border of two different partner states. And we want to interfere less and not to comment”, the minister told reporters after today’s Cabinet session.

On February 4 the Russian Kommersant informed that Moscow and Tbilisi have completed the discussions on launching an alternative land route vital for Armenia. The sides have completed the procedures on implementing the provisions of the agreement on Customs administration and Monitoring mechanisms for the trade of goods. The agreement enables to use the territories of Abkhazia and South Ossetia for trade and transit. It was signed in Geneva in 2011.“Russia joined the World Health Organization in 2012, but the agreement with Georgia, which supposes formation of three trade corridors between the two countries, two of which will pass through Abkhazia and South Ossetia, has not worked. The preparation for this required 7 years from Moscow and Tbilisi”, the newspaper says. The source said at the moment there are no obstacles for conducting the agreed upon mechanisms.The Swiss Societe Generale de Surveillance will conduct the monitoring and labeling of the goods flow. The Georgian side has signed a contract with the Swiss company in 2017 and Russia in 2018. The concrete geographic coordinates of the trade corridors are enshrined in the 2011 agreement.According to Kommersant, Armenia is also interested in the launch of the implementation of the agreement. Armenia views the corridor passing through South Ossetia as an alternative to the Lars checkpoint which is often closed in winter due to bad weather conditions.