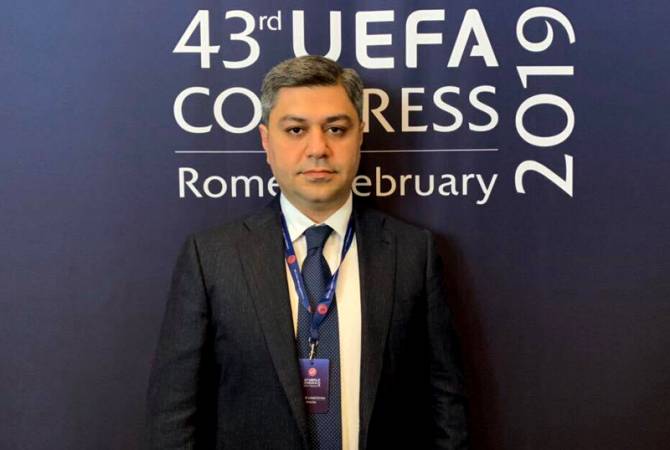 
YEREVAN, FEBRUARY 7, ARMENPRESS. President of the Football Federation of Armenia (FFA) Artur Vanetsyan participated in the 43rd Ordinary UEFA Congress in Rome and the elections of the president by voting in favor of incumbent UEFA President Aleksander Čeferin, the FFA told Armenpress.

The delegates unanimously voted in favor of Aleksander Čeferin.

The UEFA financial report and the works conducted by the committees were presented during the Congress. The new UEFA budget has been approved.