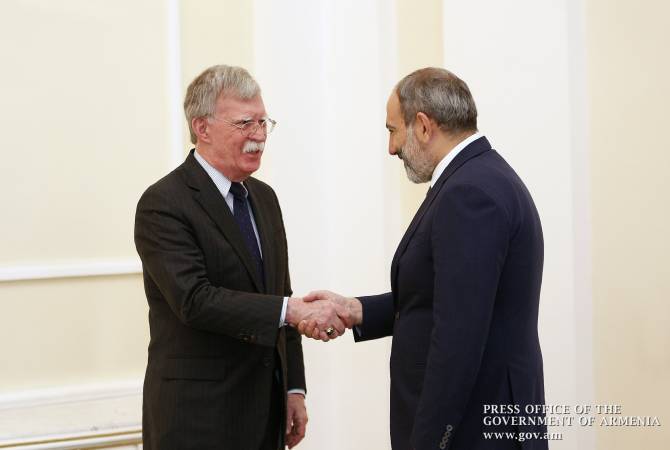 “I want to emphasize once again that it’s ruled out that there can be any kind of information that the public is unaware of. I have told that during my telephone conversation with Bolton NK issues was not discussed”, ARMENPRESS reports Pashinyan told the reporters.

He added that they talked about Armenia.

On January 23 Pashinyan wrote on his Facebook page that he had a telephone conversation with John Bolton, during which they discussed issues referring to regional situation and bilateral relations.