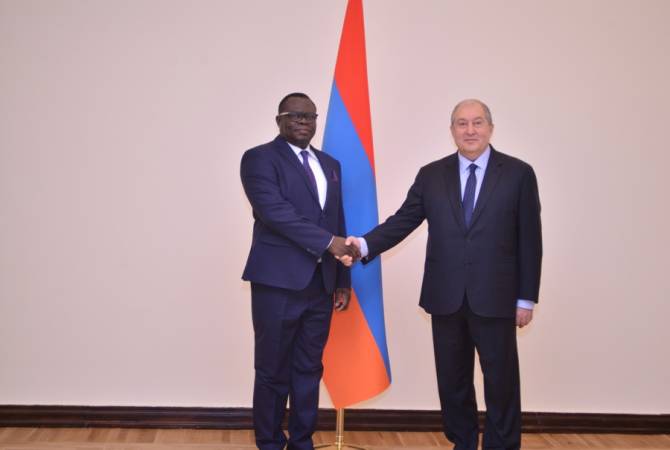 During a meeting following the ceremony, President Armen Sarkissian congratulated the new ambassador on taking office and wished productive work, expressing conviction that as an experienced diplomat the ambassador will serve his skills and abilities for the development of cooperation between the two countries.

Noting that Armenia seeks to boost partnership with African states, namely Francophone countries of the continent, the President attached importance to outline the directions and sectors where true prerequisites and mutual interest for partnership exist.