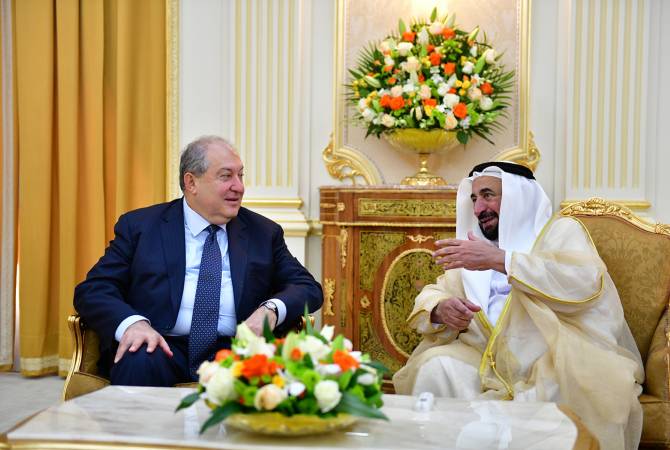 During the meeting the officials discussed a number of topics of mutual interest. They also touched upon the bilateral relations and their development opportunities in all sectors.

The meeting focused on strengthening relations between both countries, and the importance of cultural exchange, as well as achieving scientific partnerships between leading educational institutions of both countries.

The Armenian President praised the great and continuous efforts of the Ruler of Sharjah in the scientific and cultural fields inside and outside the emirate.

Armen Sarkissian said Sharjah has gained a global position in the international cultural map thanks to the keenness of the Ruler of Sharjah to develop, promote, and create a cultural environment.