Armenian, Azerbaijani FMs refer to broad scope of issues referring to the NK peace process, including preparing both peoples to peace 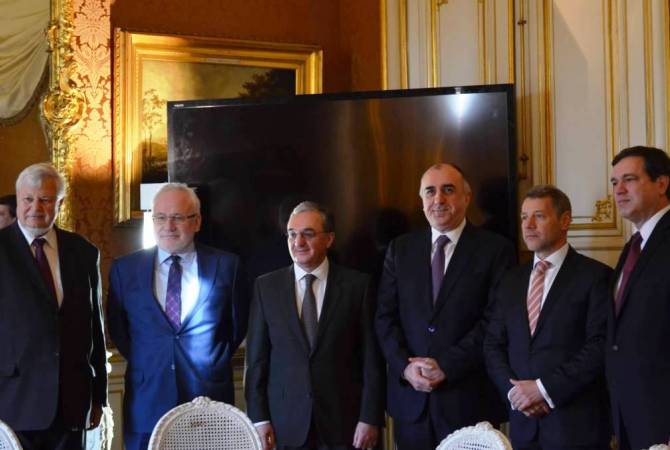 
YEREVAN, JANUARY 16, ARMENPRESS. Acting foreign minister of Armenia Zohrab Mnatsakanyan and foreign minister of Azerbaijan Elmar Mammadyarov met on January 16 in Paris under the mediation of the OSCE Minsk Group Co-chairs Igor Popov (Russia), StefanVisconti (France) and Andrew Shoffer (US). Personal Representative of the Chairperson-in-Office Andrzej Kasprzyk was also present at the meeting.

As ARMENPRESS was informed from the press service of the MFA Armenia, a productive and constructive exchange of views took place which was aimed at reaching maximal mutual understanding and confidence.

During the meeting that lasted over 4 hours the interlocutors referred to a broad scope of issues referring to the peace process, including issues of preparing the peoples to peace, as well as security and regional stability.

The next meeting has not been scheduled yet, but the foreign ministers agreed to continue interactions during the upcoming months.