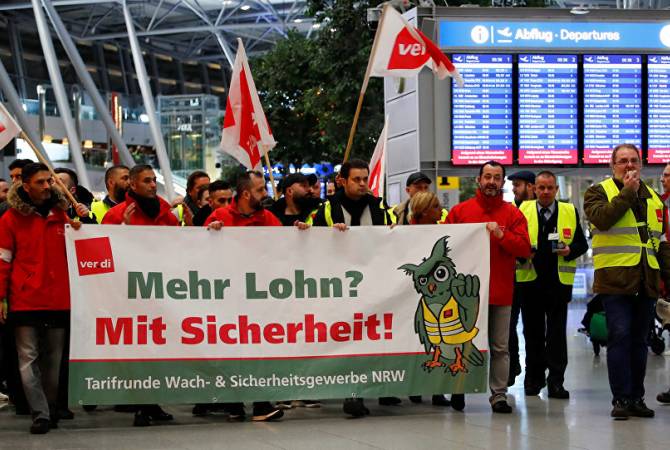 ADV, the German Airport Association, warned the strike could paralyze the country’s flight network all day on Tuesday, Deutsche Welle reports. The operator of Frankfurt Airport, Fraport, cancelled half of its 1200 flights.

The strike by the DBB and Verdi trade unions is in support of a pay claim seeking to increase the hourly rate of employees.

Because employers have shown no willingness to make a better offer, the extension of warning strikes has become necessary," Verdi board member Ute Kittel was quoted as saying by Deutsche Welle.

An estimated 220,000 passengers are affected.

Talks between unions and employers are due to start again on January 23.