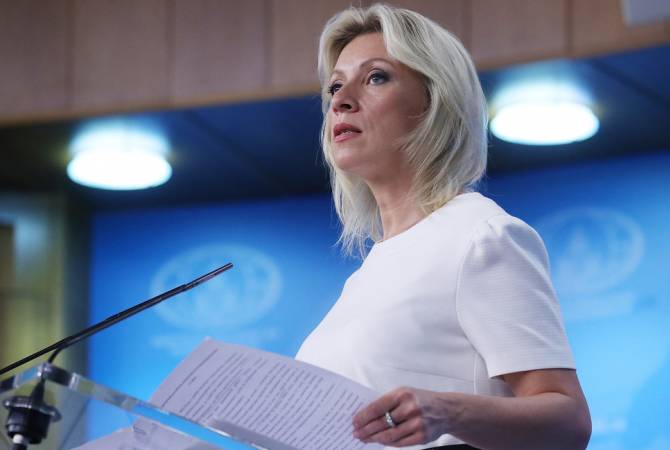 During today’s briefing Zakharova told reporters that the deportation of Russian citizens from Azerbaijan for ethnic reasons is a gross violation of the rights of those persons. “I have seen many reports about this, including in social networks. A similar incident was also registered during the holidays, but we have also seen similar cases in the past. We have regularly raised this issue before the Azerbaijani leadership, we have said that unfortunately such cases become a tradition, incorrect and bad tradition”, Zakharova said.

She said recently a report has been posted in social networks, but it is not the first case of discriminatory attitude towards Russian citizens for ethnic reasons. Maria Zakharova said at least 16 cases of rejecting the visit to Azerbaijan for ethnic reasons have been recorded in 2018. In line with this, the citizens of Russia have been kept in the airport for hours, and then were deported violently, but no official reason has been mentioned. “Such facts, in our opinion, are gross violations of the rights of the citizens of Russia”, Zakharova said.

She noted that these cases contradict the spirit of several Russian-Azerbaijani contracts and agreements. “The Russian foreign ministry has repeatedly drawn the attention of the Azerbaijani side on the impermissibility of the current situation. We called on them to stop this practice. It is not in line with the friendly relations of the two countries”, she said.

Maria Zakharova informed that the Azerbaijani side assured to improve the situation.

On December 29 citizen of Russia Kristina Gevorgyan said on Facebook that she has spent 13 hours at the Baku airport. She informed that she planned to celebrate the New Year holidays in Azerbaijan, but was stopped at the passport control point. She informed that except from her two other families were also not allowed to visit Baku due to one of the relatives holding an Armenian surname.