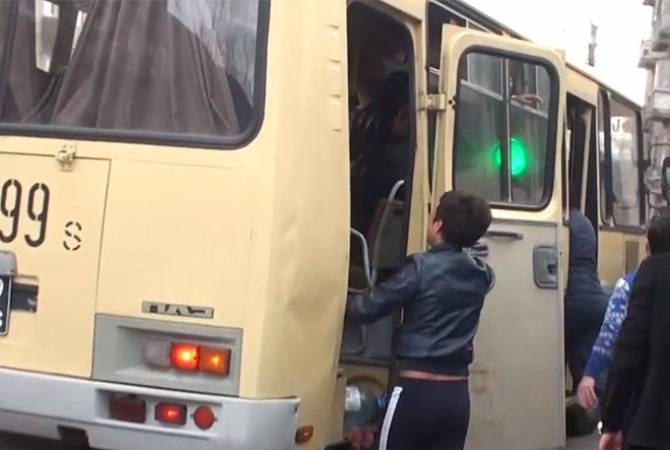 He said that the military police have launched proceedings over the incident.

Footage by The Armenian Times showed a group of people blocking the bus, striking it and chanting insults, followed by a brawl.  Details and what exactly the assailants wanted weren’t immediately clear.