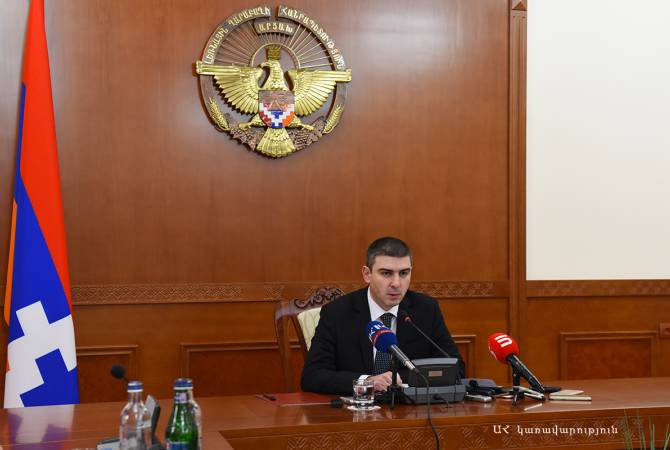 
YEREVAN, DECEMBER 27, ARMENPRESS. Artsakh’s GDP in January-September 2018 comprised 197.6 billion AMD, by ensuring 12.2% real growth. 6.7% of this 12.2% growth has been ensured by industry, 4.3% by trade and services, Artsakh state minister Grigori Martirosyan said at a press conference summing up 2018, reports Armenpress.

He said it is expected that by the end of the year the nominal figure of the GDP will comprise nearly 303 billion AMD by ensuring double-digit economic growth. “The GDP per capita in 2018 is expected to comprise about 4260 USD against the 3845 USD of 2017. In January-November 2018 the economic activity rate increased by 11.7% compared to the same period of 2017”, the state minister said.

He added that the legislative changes will enable to improve the business climate and will facilitate the tax burden of small and medium enterprises starting from 2019.