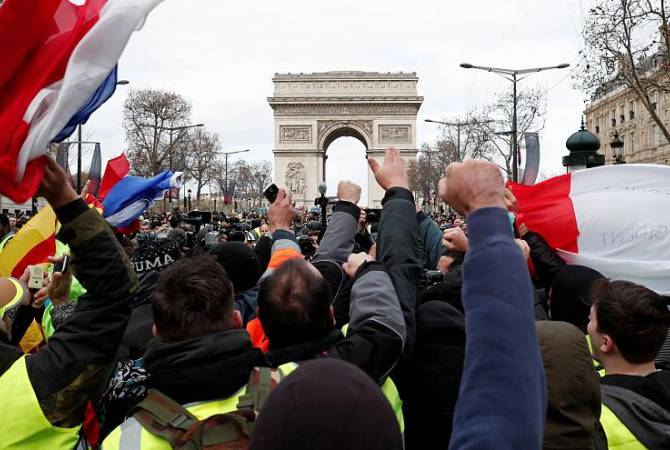 
YEREVAN, DECEMBER 15, ARMENPRESS. The participants of the “Yellow Vest” movement are going to carry out new protests across France, TASS reported.

France is going to face the fifth wave of massive protests launched since November 17.

The “Yellow Vest” activists are protesting against the price increase of fuel.

The protesters were not satisfied with the proposal of French Prime Minister Edouard Philippe according to which the government will suspend the fuel tax rise for six months.