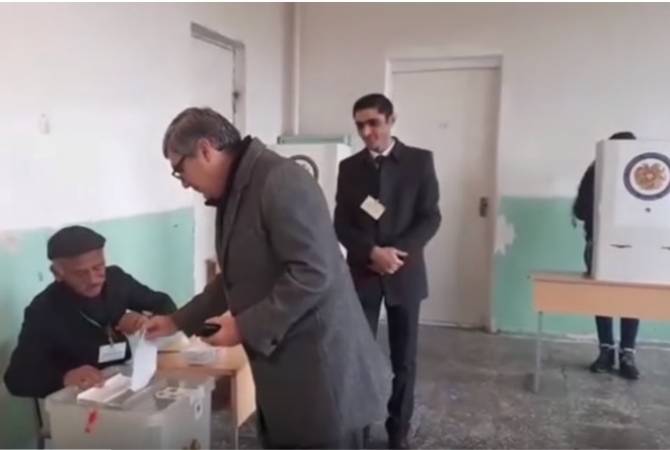 
YEREVAN, DECEMBER 9, ARMENPRESS. Leader of the Menk (We) Alliance MP Aram Sargsyan sees a good future of the country behind fair elections.

Speaking to reporters after casting his vote today at the 13/31 polling station, he said in order to achieve good results it is required to become “We” all together.

“I have great mood. Do you know how much I’ve dreamt of this day, when our people will freely come to elections on their will, without violations, without taking money and pressures. I have always, and now also, attached importance to fair elections, because in this case everything will be good,” Sargsyan said.

He said he voted for “today, for the future, as well as for keeping bright the memories left in the past”.

2010 polling stations across 13 electoral districts throughout the country have opened as of 08:00, December 9, as the country is electing a new parliament.